Ukraine is the leader among the CIS countries in the legitimate use of stem cells in clinical practice.

As reported by the press conference in UNIAN - Ukrainian scientists - Biotechnology - Ukraine became the first country in the CIS, where stem cell therapies have received state registration in 2012, the Ministry of Health officially approved method of stem cell treatment of serious diseases such as panktreonekroz, critical limb ischemia , as well as injuries and burns. 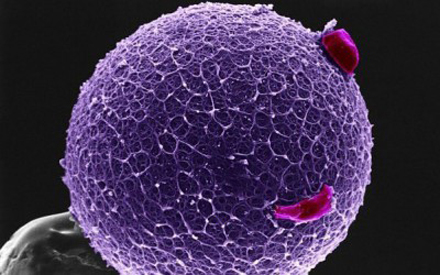 Director of the Coordination Center of organ transplant, tissues and cells the Ministry of Health Ruslan Salyutin stressed that Ukraine has the right to declare the promise of clinical use of cell-tissue grafts, and this allows the current national regulatory framework.

"Today, from all countries of the former Soviet Union in Ukraine, there is a complete legal framework, which allows for clinical trials with stem cells. On the basis of the legal framework and the relevant permits in 2008 began the first phase of clinical trials, which were held in well-known scientific and medical centers - the Institute of Reconstructive and trauma surgery im.Gusaka, Institute im.Shalimova, National Academy of Postgraduate Education im.Shupika. A series of clinical trials could not have been possible without the participation of the Institute of Cellular Technology ", - said R.Salyutin.

According to the director of the Institute of Urgent and Reconstructive Surgery im.Gusaka Vladislav Green. The idea of ​​using stem cells to treat burns and their effects, arose 15 years ago in medical facility, which Vladislav Green heads.
"Then in the Donbass was the large number of accidents in the mines and other industrial enterprises, when our burn center were many patients with critical burns. There were nothing to close burns. Then I got the idea to use the latest biotechnology and grow from them a kind of skin. In 2003, we opened the laboratory of cell tissue cultivation, unique to this day. Now we have treated hundreds of patients burned, hundreds of lives saved. But we have seen that the ability of the laboratory extend far beyond burns. Therefore, we began to apply biotechnology in patients with severe trauma, fracture nonunion, false, false joints, then in cardiology, neurology, diseases of the gastrointestinal tract, liver cirrhosis, "- said V.Grin.
Автор: Nataliia Sakhatska на 10:39 AM 1 comment: