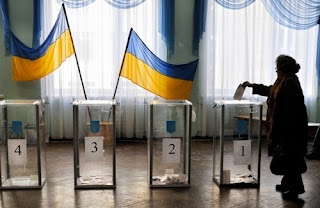 The Ukrainian parliamentary election 2012 is taking place today on 28 October 2012. The elections use a mixed voting system (50% under party lists and 50% under simple-majority constituencies) with a 5% election threshold and the participation of blocs of political parties will not be allowed anymore. The election campaign was limited to 90 days. Every citizen of Ukraine who is 18 years old or older is able to vote in 33,540 polling stations in Ukraine and 114 foreign polling stations in 77 countries.
The new parliament will start its tasks on 15 December 2012 (six weeks after the elections).
To follow the progress of the electoral process at all polling stations Ukraine, staying at home can be on the Internet. Recall Yanukovych signed the law "On the characteristics of openness, transparency and democratic elections of people's deputies of Ukraine October 28, 2012."
The law provides for online viewing of parliamentary elections.

Email ThisBlogThis!Share to TwitterShare to FacebookShare to Pinterest
Ярлыки: Political outline in Ukraine

The Ukrainian parliamentary election of 2012 will take place on 28 October 2012, with the electoral process (campaigning) starting on 30 July. The Central Election Commission will announce the official result of the election no later than 12 November. 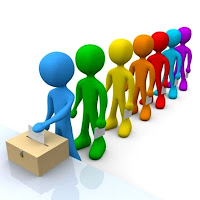 All citizens of Ukraine over the age of 18 years old are eligible to vote in the election of the members of parliament (MPs) on an equal basis, and shall be provided with conditions for free formation of their will and its free expression when voting.
International observers have been invited to monitor the election process across the 33,540 polling stations in Ukraine to see first-hand that each Ukrainian citizen has a free and private vote.
Under new voting laws approved on 17 November 2011, a ‘parallel voting system’ is being implemented. This is constituted as follows:
§ 225 MPs shall be elected on the basis of a proportional system in a nationwide multi-member election district under electoral lists of MP candidates from political parties;
§ 225 MPs shall be elected on the basis of a simple majority system in single-mandate election districts.
With the quantitative composition of the Verkhovna Rada of Ukraine (Parliament) being 450 MPs, any party would need to win 226 seats to win an outright majority.
The previous Ukrainian parliamentary election was held on 30 September 2007 with the result as follows:
1) Party of Regions (Партія регіонів): 175 seats, 34.37%
2) Yulia Tymoshenko Bloc (Блок Юлії Тимошенко): 156 seats, 30.71%
3) Our Ukraine–People’s Self-Defense Bloc (Блок Наша Україна–Народна Самооборона): 72 seats, 14.15%
4) Communist Party of Ukraine (Комуністична партія України): 27 seats, 5.39%
5) Lytvyn Bloc (Блок Литвина): 20 seats, 3.96%